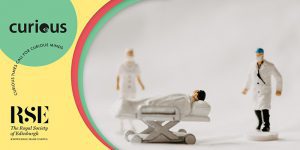 Biosensing is one important application of gold nanospheres. Traditional methods for sensing biomolecules such as polymer chain reaction and enzyme-based assays are complex and expensive. Various diseases can be effectively examined with the help of gold nanospheres, such as cancer, kidney failure, urinary tract infections, and cardiac arrest. Gold nanospheres also find common applications in optical sensing, colourimetry, and fluorescence resonance energy transfer. In modern applications, the gold nanospheres have proved to be a boon in detecting DNA/RNA nucleotides and the antisense RNAs that can be used to determine the mutations in DNA strands.

Gold nanospheres enhance Raman signals and are therefore used to increase the susceptibility of Raman-based biosensors. With Raman sensors, biomolecules can be sensed even at extremely low parts per billion concentrations. The enhanced sensitivity of biosensors aids in the early diagnosis of a disease. Gold nanospheres are also used in sol particle immunoassay for detecting hepatitis B and pregnancy tests.

Gold nanospheres have low toxicity, high biocompatibility, ease of synthesis, and reduced interaction with biological components. Therefore, they find promising applications in photoacoustic, fluorescence imaging, X-ray computed tomography (CT), magnetic resonance imaging, and darkfield microscopic imaging. X-ray computed tomography is a cost-effective technique for tissue imaging as CT can help in 3D visual reformation and tissue bisection. The functioning of CT is based on the density difference between healthy and diseased tissues, which contrasting agents generate. Gold nanospheres are now replacing traditionally used iodine as a contrasting agent due to their higher electron density and higher atomic number.

Due to their high electron density, gold nanoparticles find applications in electron microscopy for detecting biospecific interactions. Confocal laser microscopy (CLM) is used to identify the micro-objects such as living cells.. Magnetic resonance imaging (MRI) is another well-known imaging technique for 3D anatomy. The use of gold nanospheres in MRI helps diagnose brain tumours in living mice.

Due to reduced toxicity, ease of surface attachment, and availability of multiple attachment sites, gold nanospheres act as an effective medium for gene delivery. They can be used as magnetic field-guided drug deliverers and carriers for delivering DNA molecules and antisense RNA.

Gold nanospheres possess magnificent cell affinity and can be easily absorbed by the immune cells. Thus, they can be used in targeted photothermal cancer therapy to kill diseased cells without affecting normal cells. Gold nanospheres also aid in preventing drug resistance of cells that could otherwise be life-threatening. Gold nanoparticles are used in gene therapy to treat potential diseases by developing transfection agents. They can regulate protein expression and suppress luciferase expression in cells. The gold nanospheres also work as antioxidant agents by inhibiting the formation of reactive oxygen species.

Contact our team today to know more about the ideal gold nanospheres produced by Nikalyte for your target applications.

This website uses cookies to improve your experience while you navigate through the website. Out of these, the cookies that are categorized as necessary are stored on your browser as they are essential for the working of basic functionalities of the website. We also use third-party cookies that help us analyze and understand how you use this website. These cookies will be stored in your browser only with your consent. You also have the option to opt-out of these cookies. But opting out of some of these cookies may affect your browsing experience.
Necessary Always Enabled
Necessary cookies are absolutely essential for the website to function properly. These cookies ensure basic functionalities and security features of the website, anonymously.
Functional
Functional cookies help to perform certain functionalities like sharing the content of the website on social media platforms, collect feedbacks, and other third-party features.
Performance
Performance cookies are used to understand and analyze the key performance indexes of the website which helps in delivering a better user experience for the visitors.
Analytics
Analytical cookies are used to understand how visitors interact with the website. These cookies help provide information on metrics the number of visitors, bounce rate, traffic source, etc.
Advertisement
Advertisement cookies are used to provide visitors with relevant ads and marketing campaigns. These cookies track visitors across websites and collect information to provide customized ads.
Others
Other uncategorized cookies are those that are being analyzed and have not been classified into a category as yet.
SAVE & ACCEPT
Scroll to Top
Scroll to Top